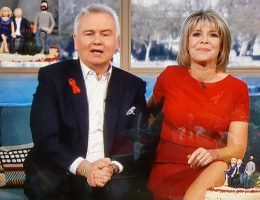 After the success of the cake topper I made for ITV’s This Morning program for their dog Clover, I was asked to produce a birthday cake topper for their Friday presenter, Eamon Holmes. The topper was a complete surprise to him and was presented to him at the end of the show. The topper featured Eamon with his on and off screen wife, Ruth, as well as Rylan Clark-Neal, who also co-presents the show with them.

This is actually the third cake topper I’ve made for This Morning, I also made one for Ruth’s birthday too but I never got chance to upload that one, so here it is below, along with the latest topper to feature on the show. 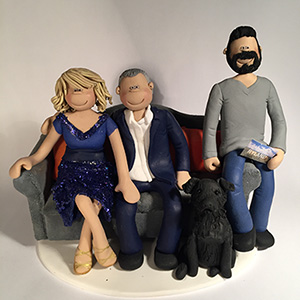 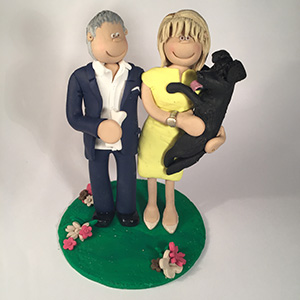 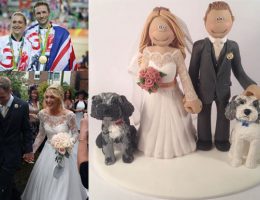 Earlier in the year, I was asked to make a topper for a lady called Laura Trott and didn’t think anything of it at all, so booked it in as normal. After going through my upcoming orders for September, I started preparing as I normally do and noticed the name again and suddenly it clicked – I’d been asked to make the wedding cake topper for the multi olympic gold winning cyclists Jason Kenny and Laura Trott. It was such an honour to be able to make a wedding cake topper for 2 inspirational and hard working people who have no doubt inspired a generation, heck even I’m getting back on a bike after nearly 20 years!

Laura just wanted to keep the cake topper simple with no mention of cycling or gold medals, so here it is, just the two of them with their dogs which I think is a really nice touch. 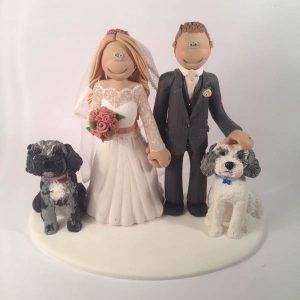 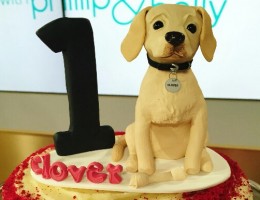 I was really happy to be contacted recently to make a topper for Clover the dog’s 1st Birthday! Clover is the pet dog on ITV’s This Morning with Philip and Holly who they’ve had since she was a puppy. She is being trained to be a guide dog so they wanted to give her something extra special for his 1st birthday and I’m so glad they chose one of my cake toppers! 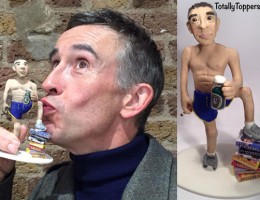 I was so excited to be asked to create a birthday cake topper recently for the hollywood actor and British tv star, Steve Coogan! Steve, who is probably most well known for playing Alan Partridge, turned 50 and I got the great opportunity to make his birthday cake topper.

The design reflected his recent health kick with him getting fit and training hard, whilst still enjoying a smoke! Also, I wanted to reflect some of his most popular work in the topper so the stack of books and dvds was a great way of getting these into the topper. I really hope you like it, I am so proud of it and from the look of Steve, so was he! 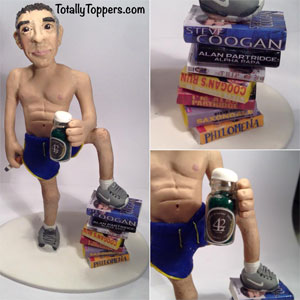 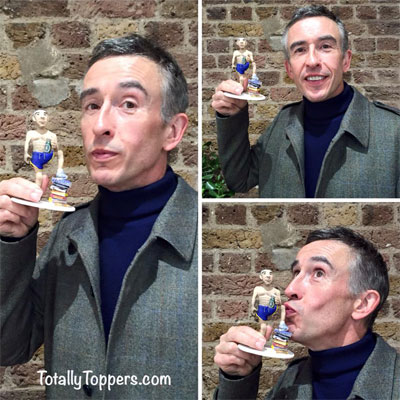 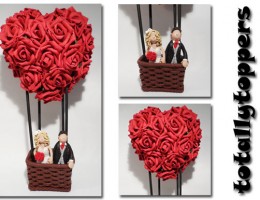 This topper has to be one of the most unique ones we’ve ever had the privilege to create! It was for one of my customers called Laura who came up with the idea of having her and her fiancé together in a hot air balloon but the balloon made out of red roses in a heart shape.

I was so pleased with how it turned out and you’ll see how much detail went into it, especially with the basket.

I think this must be up there now as one of my favourite ever toppers, it’s great when people want to push the boundaries and come up with something totally unique and I think this topper just shows what is possible! 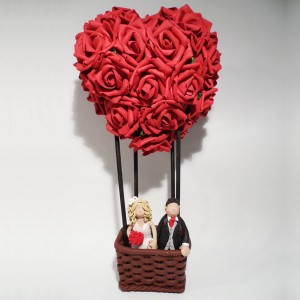 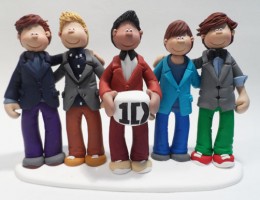 My God Daughter celebrated her 5th birthday recently and as she’s a huge fan of One Direction, I thought a cake topper of the fab 5 would be a great birthday present!

It’s got me thinking now – why not get a birthday cake topper made of your favourite band or celeb?!

Hope you like the topper, if you have any suggestions for any other famous people I can make into a cake topper, let me know! 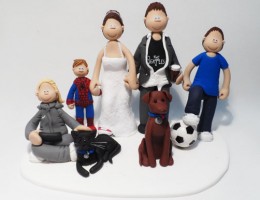 Well it’s been a busy couple of weeks for me on the wedding cake topper front! After returning from a holiday in Dubai, I had a special cake topper to make for a certain Mr Rob Ellis – presenter of the Capital FM Breakfast show!

As an avid listener, I was really pleased to be given the opportunity to make the topper, which consisted of Rob and his wife Lisa as well as their 3 children, dog and cat!

The topper wasn’t the first celebrity wedding cake topper I’ve made, I’ve been lucky to have also created the toppers for former Man Utd footballer Wes Brown, former Hollyoaks’ characters Calvin and Carmel, and also a topper for Tracy and Steve from Coronation Street!

Keep checking back to the website for more celeb toppers! 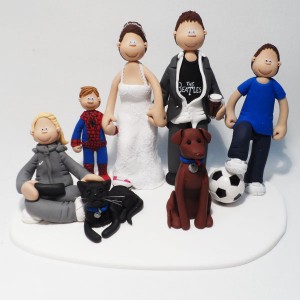 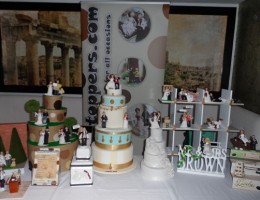 Well just got back from the wedding fayre at the Avalanche restaurant in Manchester and had lots of interest in our Wedding Cake Toppers and Personalised Cake Figures!

Not only were people interested in the cake toppers, but also our brand new products which we launched exclusively today at the fayre. 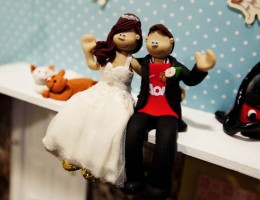 I hope you like it as much as I do. It’s been nearly 8 years since I launched the original TotallyToppers.com website so thought it was about time for a change. 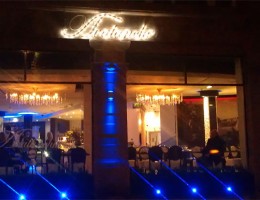 I’ll be at my second wedding fayre of 2013 when I attend the Avalanche Wedding Exhibition, on Sunday the 7th April.

Avalanche is a restaurant in Manchester City Centre and is licensed to conduct civil ceremonies.

The fayre is on from 11am till 4pm and will feature 2 catwalk shows.

Complimentary drinks are available on arrival so see you there!

The address of the venue is:

How Can I Help?